My experience at a ryokan

Back to Japan page 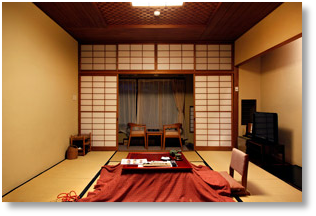 A picture on the internet of Japanese macaques--the snow monkeys of Japan--soaking in hot springs in the dead of winter, convinced me I had join up with a photo tour featuring these adorable monkeys. As a bonus, the trip also offered the opportunity to photograph red-crowned cranes, white-tailed eagles, stellar’s sea eagles and the wintry landscape of Japan’s northern island of Hokkaido. After a flight of almost 12 hours and losing a day to the International Date Line, I joined Martin Bailey's photo tour with eight other photographers from as far away as Australia, Singapore, Canada and England.

Our first three days involved shooting the snow monkeys on the main island of Honshu before flying to Hokkaido for the remainder of the trip. From babies to juveniles to the elders, the monkeys were fascinating. With their human-like features and their affinity for grooming each other, we all found hundreds of subjects and scenes that quickly filled up our memory cards. If this were the extent of my trip, I would have been more than content.

After leaving the monkey park on the first day, we headed to our accommodations for the next three days at the Kokuya Hotel in the town of Shibu Onsen. This particular ryokan, a traditional Japanese inn, has been in the family for over 400 years. The present master is the 16th generation. Upon arrival, we were greeted by seven staff members, all bowing and speaking mostly in Japanese. We were all instructed to remove our shoes in the lobby and wear the slippers that were provided. I tried on several pairs, finding none that fit. I found out later why correctly fitted slippers were essential.

After a brief greeting by the English-speaking hostess, which included explaining where we could find the eight hot spring indoor and open air baths, requirements for entering the baths, our plans for dinner and an explanation of our room accommodations (futon bedding), we were taken to our rooms. My "guide" to navigate the maze of stairways and landings was a young gentleman who spoke very little English. From the lobby we walked up the stairs to a landing, down a few stairs, then up again to the top where we turned left, then right to my door. Inside, a small entry (where we both removed our slippers) led one small step up and past sliding doors to my room, a large square room with a table in the middle, a pitcher of hot tea and a small chair inches off the ground. I saw no bed or futon. On the opposite side of the room was another sliding doorway with a sink, a table with two chairs and a small rock garden opposite the sink. The young man said something I couldn't understand, donned his slippers again and exited, closing the door behind him.

I checked my surroundings, curious to see where my bed was hidden. Sliding open closets revealed nothing. I tried to open a door inside the entry, first pushing, then pulling the door to no avail. I then realized my bedroom had no bathroom. I quickly stepped outside and found my young helper who brought me inside again, removed his slippers and showed me the door that I had previously tried to open. A simple slide revealed a toilet and some more slippers on the floor (was I supposed to wear them when I did my business?). It never occurred to me that I should have tried to slide the door open even though every other door worked that way. Curiously, I saw no shower anywhere and asked him about that.

With slippers on again (the ones in the entry), I followed him down some stairs, up some more, around a few corners to a doorway hidden with two blue decorative cloths covering the door opening, signifying this bath was for men only, at least until 9:00 p.m. We walked in, removed our slippers, while he showed me the changing area before opening the door to the baths. The baths/sauna was really like a grotto, dark and mysterious, with two sinks to the left and a large pool with dark blue water enclosed in small boulders. It looked like something within the lower caverns of the Playboy Mansion (at least from the pictures I had seen). Towards the far end of the pool was an area where the roof ended and the night sky appeared, and with temperatures in the teens, I felt a chill in the air.

My guide eventually showed me all eight baths, although some were for women only while others were one person private baths. If I could have found more than one on my own it would have been a miracle. Eventually, when I was deposited back to my room (again, removing my slippers), I decided I would partake in the shower/bath experience.

We were supplied robes, a towel and a belt for the baths, but somehow I could not find the belt, so I had to walk down the stairs and through the halls holding my robe shut with my hand while trying not to slip or tumble with my slippers cramping my size 12 feet. Entering the only bath I could find, I disrobed in the changing area and walked naked through the sliding door to the bath area. Some of my fellow photographers were already enjoying their hot spring experience. I took one step down into the water when Martin, the photo leader, belted out, "Stop! Remember, you have to shower first."

Ah, yes. During our briefing in the lobby, I did recall that we were required to shower before entering any of the baths. I quickly stepped out and walked a few steps to the sink area, where another fellow member was lathered in shampoo in front of one sink while squatting on what appeared to be the tiniest stool one could ever sit upon. It looked more appropriate for a small doll. I promptly lowered my body squarely on the stool, hoping my aim was true less I hit a corner and crash onto the floor, even if it was only inches away. A tiny portion of my bottom sat upon this stool, and I somehow managed to figure out how to turn on the water and douse my body with the handheld shower head on my right. An arrangement of shampoo, conditioner and soap in colored squirt bottles lay in front of me on the sink. I eventually negotiated the bathing requirements sufficiently enough and headed for the baths. The water was perfectly warm, and with the chill in the air and snow falling lightly from above where the roof ended, I laid my head back upon a boulder, soaking in the experience half way around the world.

Next up: dinner. We all dressed in our robes, one which was a blue and white patterned lightweight robe along with a heavier gold robe. I found my belt, which had been placed beside the robes in a tightly-wound square, and wrapped it around my waist, not once, but twice. Still, the ends nearly reached the ground. The gray toe socks completed my wardrobe. After a harrowing stairway journey and winding my way through the halls and down a cave-like hallway, I eventually found the eating area in the basement, a rectangular room similar to a small dance studio with pictures of local landscape scenes and cloths hanging with Japanese lettering on them. The room was set up with two narrow tables adjacent to each other, about five feet apart. After removing my slippers once again, I sat at one table, with five of us on one side facing the other five who were seated on the opposite side. I later realized that the middle area was reserved for all the servers who would bring a never-ending array of dishes to both our tables. Each place setting had some suspiciously looking items on a variety of plates and a boiling black pot with a cover thankfully hiding what I deemed was more questionable food.

By the end of dinner, our servers had brought us countless dishes, with a list which had been typed on a small paper menu on the table:

Pan of Shinsu-beef and grated radish and vegetable

With meals like this anticipated throughout our tour, Martin said we would probably gain 15 pounds by the end of the trip. I thought losing 10 pounds was a more logical outcome. And as the trip progressed and we dined at more hotels and eating establishments, the only thing I learned to do was eat with chopsticks and move food around my plate so it looked like I had actually consumed some of my meal. And those 10 pounds? Well, they do have 7-Eleven convenience stores in Japan.